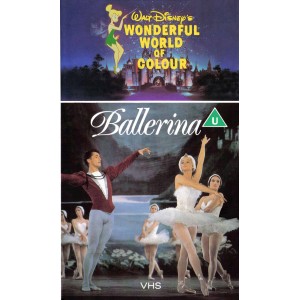 Ballerina is the story of a young person Mette Sorensen (played by Mette Hønningen) who seeks to be a dance lover with the Royal Danish Ballet, against the wishes of her mom however with the backing of her musician father and her guide, the popular ballerina dancer Kirsten Holm (played by Kirsten Simone).

The story opens with Mette welcoming Kirsten at the air terminal after the last's come back from a fruitful tour. They ride into the city together where Kirsten recognizes that Mette is marginally downcast about her own particular advancement at ballet school. She soon accumulates from the Ballet Master, and Madame Karova, Mette's instructor, that all is not well and Mette is not demonstrating the swear up and down to she had initially shown. The group of onlookers then discovers that Mette's mom is against her seeking after a profession as a ballerina, needing her rather to settle down with her beau Sven.

With Kirsten's sponsorship, Mette secures a spot at the Royal Danish graceful expression ('the organization') and takes a little, solo part in Swan Lake, in which she exceeds expectations. Kirsten is then asked to go to London at short recognize, leaving the Ballet Master without a female lead soloist for Coppelia. Kirsten prescribes Mette for the part. The remaining piece of the film takes after Mette's practices and the different good and bad times on the way towards the finale of Coppelia and her landing as the organization's most current star. A youthful Jenny Agutter likewise stars as an understudy at the graceful expression school who turns to Mette for direction and mentorship