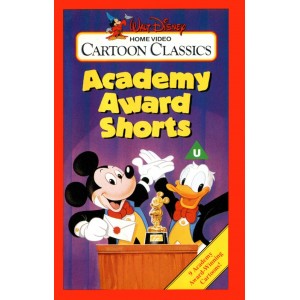 Institute Award Review of Walt Disney Cartoons was a Walt Disney vivified film discharged in the United States on May 19, 1937, for a restricted time to help advance the forthcoming arrival of Snow White and the Seven Dwarfs. It was a gathering of five Oscar-winning Silly Symphonies shorts, crossed over together with title cards and a narrator.[1] Like The Many Adventures of Winnie the Pooh, each of the kid's shows had been discharged all alone's at the outset before being intertwined as one film. The different toon shorts are currently accessible on DVD.

At roughly 41 minutes, the film does not appear to satisfy today's desires for a peculiarity film. In any case, Saludos Amigos, which at roughly 42 minutes likewise does not appear to meet the model, is considered by Disney as one of their Animated Classic Features (the authority BFI, AMPAS and AFI meaning of a peculiarity film obliges it to be in excess of 40 minutes in length). At the point when barring the no frills between the enlivened fragments, the aggregate sum of real activity in Saludos Amigos is even not exactly in Academy Award Review of Walt Disney Cartoons. The authority book Disney beginning to end by Dave Smith, notwithstanding, does exclude the film in its peculiarity film list.

Foundation Award Review of Walt Disney Cartoons was re-discharged and upgraded with extra four shorts in 1966 with no portrayal.

The original film consisted of the following five shorts:

The following additional shorts were included in the 1966 release:

I have this 1966 release, it is 75 min original white Disney big box British PAL VHS video